A Intermediate Pickleball Tournament was held at the Kroc Center in Green Bay on March 16th. With 12 players competing in a round robin, with 7 players playing in their first tournament ever, and only one brave female (Joan Schneider). Some friendly games were being played with players laughing, but a few paddles being dropped on the floor with frustration. We had 2 players tie for 3rd place with 7 wins and a tie with 44 differential points. The 2 players Jim Ekness and Russ Tapley played one play-off game of skinny singles 11 win by 1 with rally scoring. Jim went home with the victory. 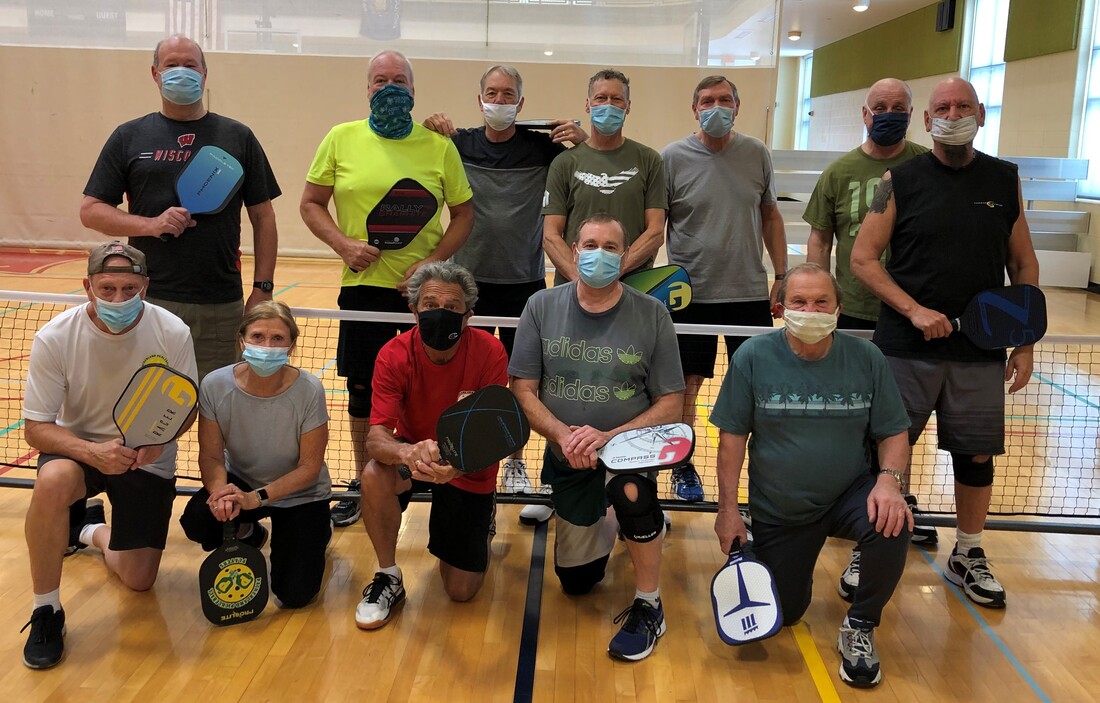 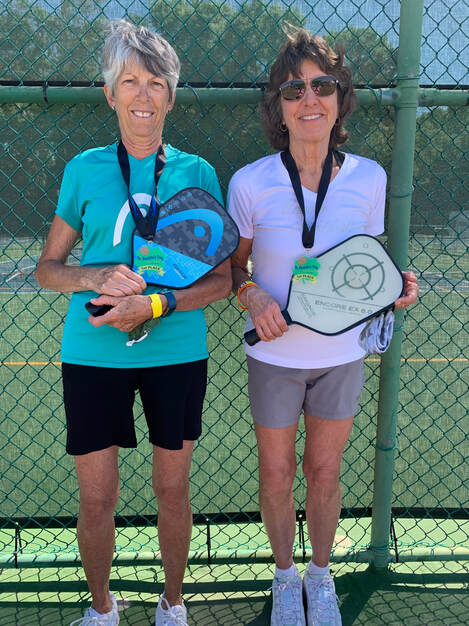 (L-R) Kris Fry and Trudy Toft took the 1st place medal after completing 12 games of grueling pickleball but kept their smile right to the victory stand!  Congrats!!
An advanced player Pickleball Tournament was held at the Kroc on Thursday, April 1, 2021, with 12 players taking part in a round robin. We had a few marathon games so it took a little longer to finish 11 rounds. We had players from Wausau, Crivitz and Oconto. Thanks to all players that played in this tournament for a fun day! 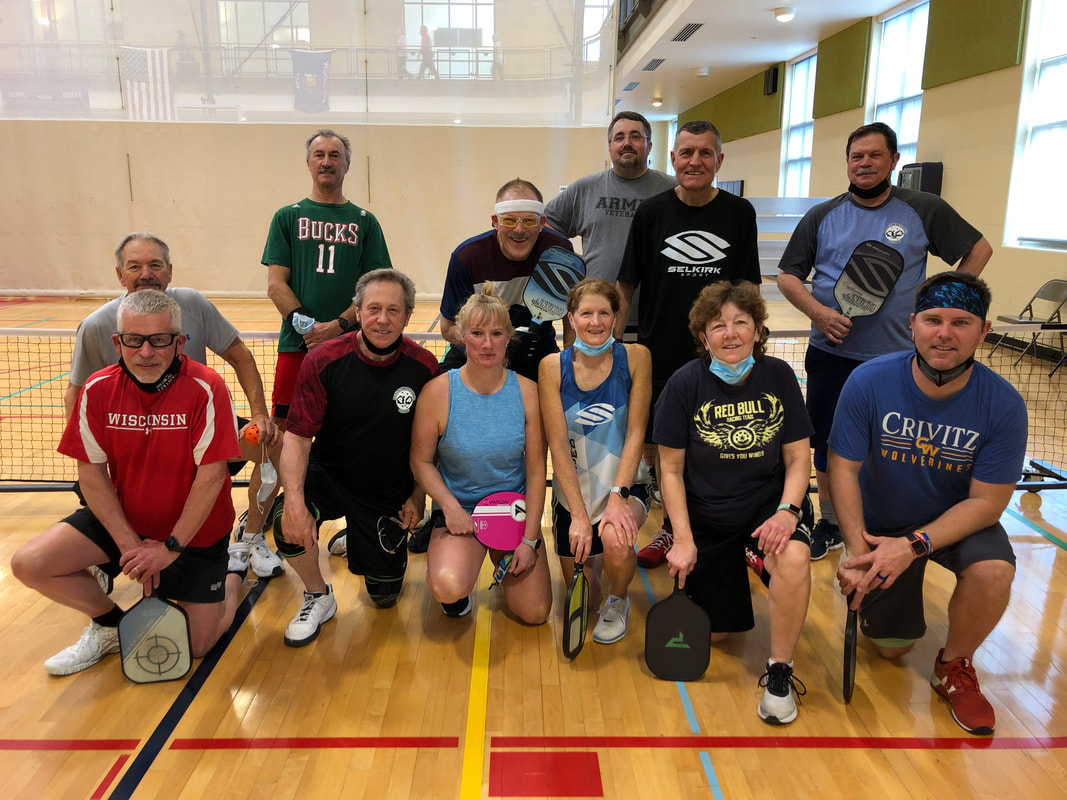 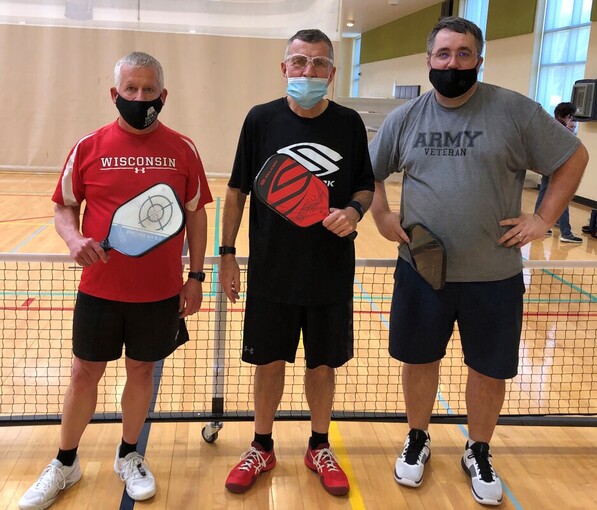